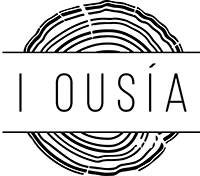 One month I’m here, exactly one month. But it seems shorter and longer.

I left Belgium earlier than expected. Friday I had a last day of life-teaching. Saturday I did my first online training and Sunday I thought: ‘If you don’t leave now, you may not get there anymore!’ So I rearranged my flights, prepared everything for departure on Monday and travelled on Tuesday. Luckily, because a few days later it became impossible to reach the island.

Was it the right decision? I don’t know.
Am I sorry I’m here? 95% of the time I’m not.
But it isn’t living in paradise all the time.

The first two weeks, I had to go into house-isolation. So stay in, in the strict sense. I only made little walk behind my house, but I didn’t dare to go to the sea. My groceries were delivered at a safe distance by my friend.
The next two weeks, when I was allowed to go outside again, the weather was bad. Really bad. It was cold, cloudy, rainy. It was what you expect in Belgium this time of year, while in Belgium it was the weather you expect here. In between showers I might have been able to walk to the beach, if it hadn’t been for the fact that my street had turned into a river again, so that wasn’t possible with dry feet…
But there were some beautiful days. Today, for instance, I’m sitting in the sun.

The rules are very strict here. Stricter than in Belgium, I would say. Greece quickly took measures, closed schools, banned meetings… At the moment we’re only allowed outside with a permit. You have to register every ‘movement’ online or via text message (or via an official form). There are six reasons to go outside. In shops, similar rules apply: we wait outside with the necessary distance, until one leaves and the next is allowed inside. (Although I have to admit that some shops are stricter than others. ;-)) And drinking a coffee on a bench hasn’t been an option for over a month. Fortunately, take-away coffee is possible. But not too many options for take-awy food. Deliveroo hasn’t been invented here yet! 😉
But all these measures have kept it within limits here. Some 2000 confirmed contaminations and about a hundred deaths. For a moment it seemed there was one infection on the island, but it’s not clear if it was, after all.

But people don’t always behave that way.
You could say that there are two kind of people: on the one hand the non-believers, who still pat each other on the shoulder and drink coffee close to each other, against all rules. On the other hand you have the people who walk, with masks and gloves, around you with a big bow. (The mouth masks are probably easier to obtain here than in Belgium!)
Many people are clearly afraid. Many friends declined my proposal to take a walk together on the beach (with the necessary distance of course!).
And it’s fascinating to see what effect that has on me.
Because theoretically I know this is normal. Actually they follow the guidelines. If you interpret the rules strictly, you are not allowed to walk together. But a lot of friends in Belgium seem to do so. With respect for safety! Each on one side of the path or so. And yet…
Still, a little voice comes into my head: ‘Why don’t they want to? Don’t they trust me? Am I not important enough? Would they meet other people?’ Of course I don’t dare to ask it. Another voice inside don’t approve of these thoughts…

But it touches on a deeper level.

And I doubt I’m alone. What impact does this have on our sense of security, on our sense of belonging? What if the first solidarity (which is disarmingly beautiful) wears off?

A lot of questions arise.
Questions about the reasons or the meaning.
About believe and disbelief.
About conspiracy theories and consequences.
What is true?
Where are we going?
What am I allowed to believe in?

Questions that immediately inspire me for a story! 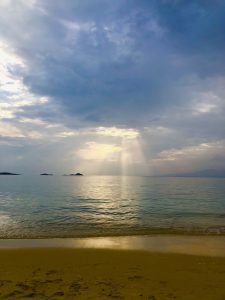 The Prince and the Magician

But then, one day, the prince ran away from his palace. He came to the next land. There, to his astonishment, from every coast he saw islands, and on these islands, strange and troubling creatures whom he dared not name. As he was searching for a boat, a man in full evening dress approached him along the shore.
‘Are those real islands?’ asked the young prince.
‘Of course they are real islands,’ said the man in evening dress.
‘And those strange and troubling creatures?’
‘They are all genuine and authentic princesses.’
‘Then God must exist!’ cried the prince.
‘I am God,’ replied the man in full evening dress, with a bow.

The young prince returned home as quickly as he could.
‘So you are back,’ said the father, the king.
‘I have seen islands, I have seen princesses, I have seen God,’ said the prince reproachfully.
The king was unmoved.
‘Neither real islands, nor real princesses, nor a real God exist.’
‘I saw them!’
‘Tell me how God was dressed.’
‘God was in full evening dress.’
‘Were the sleeves of his coat rolled back?’
The prince remembered that they had been. The king smiled.
‘That is the uniform of a magician. You have been deceived.’

At this, the prince returned to the next land, and went to the same shore, where once again he came upon the man in full evening dress.
‘My father the king has told me who you are,’ said the young prince indignantly. ‘You deceived me last time, but not again. Now I know that those are not real islands and real princesses, because you are a magician.’
The man on the shore smiled.
‘It is you who are deceived, my boy. In your father’s kingdom there are many islands and many princesses. But you are under your father’s spell, so you cannot see them.’

The prince pensively returned home. When he saw his father, he looked him in the eyes.
‘Father, is it true that you are not a real king, but only a magician?’
The king smiled, and rolled back his sleeves.
‘Yes, my son, I am only a magician.’
‘Then the man on the shore was God.’
‘The man on the shore was another magician.’
‘I must know the real truth, the truth beyond magic.’
‘There is no truth beyond magic,’ said the king.

The prince was full of sadness.
He said, ‘I will kill myself.’
The king by magic caused death to appear. Death stood in the door and beckoned to the prince. The prince shuddered. He remembered the beautiful but unreal islands and the unreal but beautiful princesses.
‘Very well,’ he said. ‘I can bear it.’
‘You see, my son,’ said the king, ‘you too now begin to be a magician.” 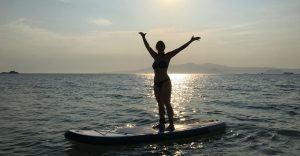 And finally, the news I’ve been putting off: What about the groups in Naxos?

‘Knowing you, knowing me‘ and ‘Soulcare for Caretakers‘ that would take place in May have been cancelled, as has ‘Reboost your Female Power‘ in June.

The second week of July ‘Free to Be‘ is scheduled… One on the edge.
It’s not sure wether flights will be allowed already and if the season can start here. If I follow international press, I think there’s little chance. But it is still possible… If you are interested, be sure to let me know!

The program in August, September and October will run as planned. And I might organise a Post-Lockdown-group this autumn… Once travelling is possible, an individual retreat for you or you and your partner is an option again! And maybe after the burden of the present times, it’s good to pay a little extra attention to the psychological well-being!

In the meantime, I can offer online support: therapy, coaching, supervision, creative work… Just contact me and we can talk about possibilities. Possible in English of course!

This story isn’t about me! Or is it?

Love and the three quotes